After days of solid writing and going deep, I needed a break. From writing. From the story. From solitude. So I decided to hop on the ferry and meet with my friend Donna Weidner across the Bay in Tiburon.

Donna, also a writer, and I had a long and thought-provoking talk about life and about writing and what it does to you if the story is close to home and chafes your soul. Like this one, which is my story and at the same time not my story.

One of the things I had to decide was between a happy, or at least a hopeful, ending and a sad ending. I knew already it had to be the latter. It is a sad story and like real-life sad stories sometimes there is just one outcome and it’s not what everyone hoped for. This story won’t ring true if I would knit it into a happy ending.

That doesn’t bode well for my protagonist and the reason I was hesitant to embrace a sad ending is that I have come to like my protagonist. A lot. She’s messed up but there’s a reason for her being messed up. She tries hard to figure a way out but life hasn’t (ahum, I haven’t…) given her much leeway. But also because this story is so close to me.

Having said that, I realize there is a third possibility. An open ending… Let the reader decide. I love open endings and a lot of my stories end that way. Why? I hated it, still hate it, when I’d reach the final page of a book, always unwilling to let go of the story. My remedy was to stop reading a few pages before the end, which, to me, meant that I could dwell in that story’s world forever. An open ending…

Decisions. Decisions. And this time it’s even harder to decide, because the story is so personal. Thankfully, I know what my still absent muse would order me to do: work that fine-tuning control knob between craftsman and participant. Be in touch with both and then choose the exact knife edge between them…

I will just do that. 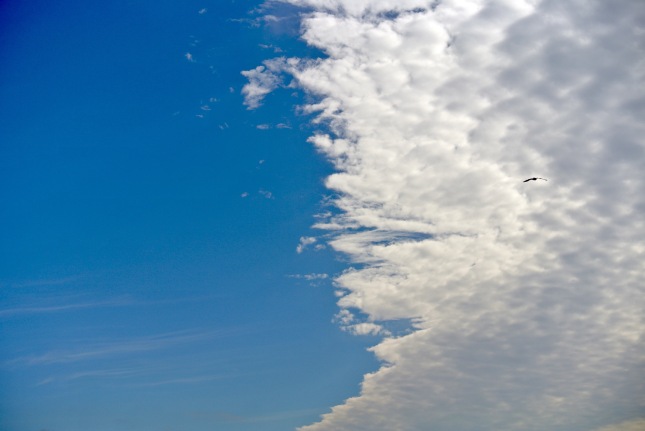 Not an exact knife edge but still a clear cut