Writing short stories on commission is one of my specialities. These commissioned writings for the young are a whole different craft compared to writing young adult or middle grade novels. In these, I have to be concise, beyond concise even. I have to make room in the story for illustrators. I have to be precise and clear without ever, ever getting down on my knees or spoil the young readers’ imagination and fantasy. I love the challenge of writing these short stories! My stories are published in the famous read-aloud anthologies of my publisher Ploegsma Children’s Books, but also in famous magazines like Bobo, a bi-weekly magazine for young children. 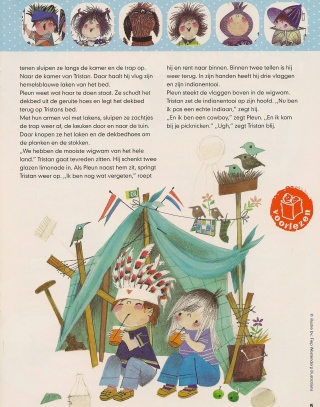 The first series in Bobo was ‘In de straat van Fiep’ (‘On Fiep Street’), 21 stories with illustrations of the most famous illustrator of the Netherlands Fiep Westendorp. The series ran from spring 2007 until winter 2008. You can imagine that I was so proud to be chosen by the then Bobo editor-in-chief to write stories for Fiep’s illustrations. I must admit I felt – just a teeny weeny bit, and far, far away in the back of my mind – incredibly honored to join Mies Bouhuys or maybe even Annie M.G. Schmidt, two of the major league famous Dutch writers, who so eloquently brought Fiep’s illustrations to the world for years and years. ‘On Fiep Street’ is about Ties, Pleun, Sigrid and all the other kids living in Fiep Street. They’re bold, they’re sweet, they’re cunning and they’re naughty, and – most of all – they think life is an amazing adventure. 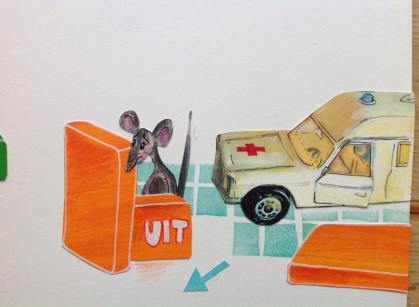 November 2013 – ‘Het Kerstdiner‘ (‘The Christmas Dinner’), a short story about Boris who rather plays computer games than helping his flu-ridden mom with the preparations for Christmas. Just as he is winning his game, he spots the shopping list. And his mom is already on her way to the supermarket, with a cold, in the rain. ‘Het kerstdiner’ (‘The Christmas Dinner’) was published in the read-aloud anthology Kerstverhalen (Christmas Stories) by Ploegsma Children’s Books.

June 2013 – ‘Raceauto!‘ (‘Racing Car!’), a short story, where Pim will win an ice cream if his side of the car is the cleaner than his dad’s side. Dad’s in for a big surprise… Published in the read-aloud anthology Papa is een held! (Dad is a Hero!) by Ploegsma Children’s Books.

February 2013 – ‘De erwtjes van Epke‘ (‘Epke’s Peas’), a story about Epke who really really really doesn’t like peas… But mom is adamant: “no peas, no vla” and you might not know that, but vla is the most delicious dessert in the Netherlands…

May 2012 is when ‘Opa is de weg kwijt‘ (‘Granpa Lost his Way’) came out, a sweet little story about Pilou and her grandpa who is suffering from Alzheimer’s. It was published in Het grote opa- en omaboek (The Big Grandpa and Grandma Book) by Ploegsma.

In September 2010 ‘De koekjesdief’ (‘The Cookie Thief’) was published in Ridders, dino’s en piraten (Knights, Dino’s and Pirates) by Ploegsma. 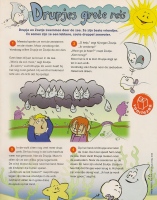 My short-story career started with a single story in 2007: ‘Drupjes grote reis’ (‘Little Droplet’s Big Trip’), about Little Droplet and his best buddy Little Saltlet. They live deep down in the ocean, until one day they decide to venture up to the surface, to where the hot, hot sun is…

Another series of short stories for Bobo was ‘In de klas’ (‘In class’), a series of nine stories about teacher Rob and his class. Teacher Rob is the best teacher ever, the teacher every single kid wants and needs: caring, inventive, inspiring and full of mischief. The stories and Teacher Rob were inspired by my son Olivier’s Kindergarten teacher… Rob.